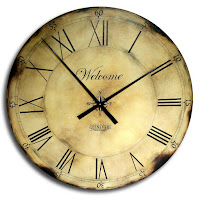 Routines help organize our lives.  For the last couple of decades before I retired three routines defined my life - Airline Schedules, the School Year, the Legislative Calendar.   Routines can be helpful to organize if they do not prevent you from spontaneity.

Airlines were simple - once you understood their rhythm.  You must first realize that if you don't have a private jet - that their schedules determine yours and that things you cannot control will happen.

In spite of my absolute commitment to technology I learned early on that much of what I did would be less successful if done via email, phone or FaceTime.  So I soon developed a set of routines, when the disruptions occured.  That required two props - a backpack with a laptop, a music source, and some snacks and what I called my ten day bag - which was remarkably compact and I could pack for a 10 day trip (that happened after I discovered that every city has laundries!).  The laptops kept getting lighter but then I added iPads (great for watching movies and reading books). During my career I amassed 2 million miles with one airline (United) and elite status with a couple of others.

The Legislative cycle and the school year were similar and very predictable.   Both had periods of intensity and downtime.  That was especially true when I was teaching because the courses I taught were in a format where you taught for 8 hours a day, four days in a row, twice, to make up a graduate level course.  There were subroutines too - I served on a series of boards and reported to one - they had their own schedules.   All of that was determined by someone else's choices - even though I had elected to be a part of those routines.

The last six months my routines have been very different - mostly consumed by appointments with medical personnel - more than 60 visits with a variety of practitioners.  Early in this process, when I was feeling lousy, that was about all I could do.

As my treatments have had a positive effect, I've begun to think about new routines which will accentuate my natural goal orientation but not lock me into drudgery. .  There are some continuations - Indy gets walked at least twice a day - that is a good time to think but also to listen to a wide variety of books. I'm just walking a bit faster than in August.   My daughter got me started on a project called Story Worth - which is a set of prompts issued weekly that will be compiled into a book.  The first two questions were what was your mother/father like when you were a child.   The compilation could lead to serious work on the book I mentioned in the last post.

A compromised immune system has barred me from the gym - but I have set up one in our house.  With the treadmill (an apt analogy if there ever were one) I feel honor bound to use the damn thing (and I have).   Before you declare brain death for the writer - understand that the time I spend on the machine is a chance to scour Prime and Netflix for old movies.

But I have begun to rebel against social media.   Facebook is often, if not always, an echo chamber.  I have rarely used Twitter and the other feeds.  And I am beginning to think about how we will get to SMA when I am cleared from these cycles.  I am down to one board, Samuel Merritt, and will step down as Chair in June.   But if you are a goal oriented person, as I am, you need projects which evolve into routines.

One of the most enjoyable routines I have engaged in in the last couple of years has been in working on efforts to change higher education.   In June, I completed a role as a sell side advisor for an institution that had plenty of resources but needed to ally with another institution to survive.  That was the sixth of those type of transactions I've worked on - and it was fun.  I got a very nice note from the former President of the institution I worked with complementing me for the job I did.  So I will look for a couple more of those unique opportunities.

Where I won't go is trying to improve our political fabric.  I am truly depressed about how divided our country is about key issues - no understanding of E. Pluribus Unum and very little willingness to think about how to restore that essential part of the American system.  But I simply do not have any good ideas about how to help bridge the gap.  I think part of the problem comes from how much more government is a part of our lives but I also think the problem is deeper.   Thomas Sowell wrote a prescient book in the 1980s called A Conflict of Visions (https://www.amazon.com/Conflict-Visions-Ideological-Political-Struggles/dp/0465002056/ref=sr_1_1?crid=V5K18OO6B9AJ&keywords=conflict+of+visions&qid=1578181532&sprefix=Conflict+of+Visi%2Caps%2C201&sr=8-1) which argued that liberals and conservatives have very different understandings of key terms like equality and justice.  While we faced perils when there were only a few channels for the MSM, that problem has been exacerbated with the multiplicity of options today. I tend to ignore ALL Cable Channel news but as a conservative a lot of people think my sources are only from Fox News.  One effort where I can have an effect is to try to communicate my thoughts and opinions in a respectful way - recognizing that there could be different approaches.

The bottom line is that with the discontinuity caused by my illness, it has allowed me to think differently about the role of routines in my life.
Posted by drtaxsacto at 3:52 PM